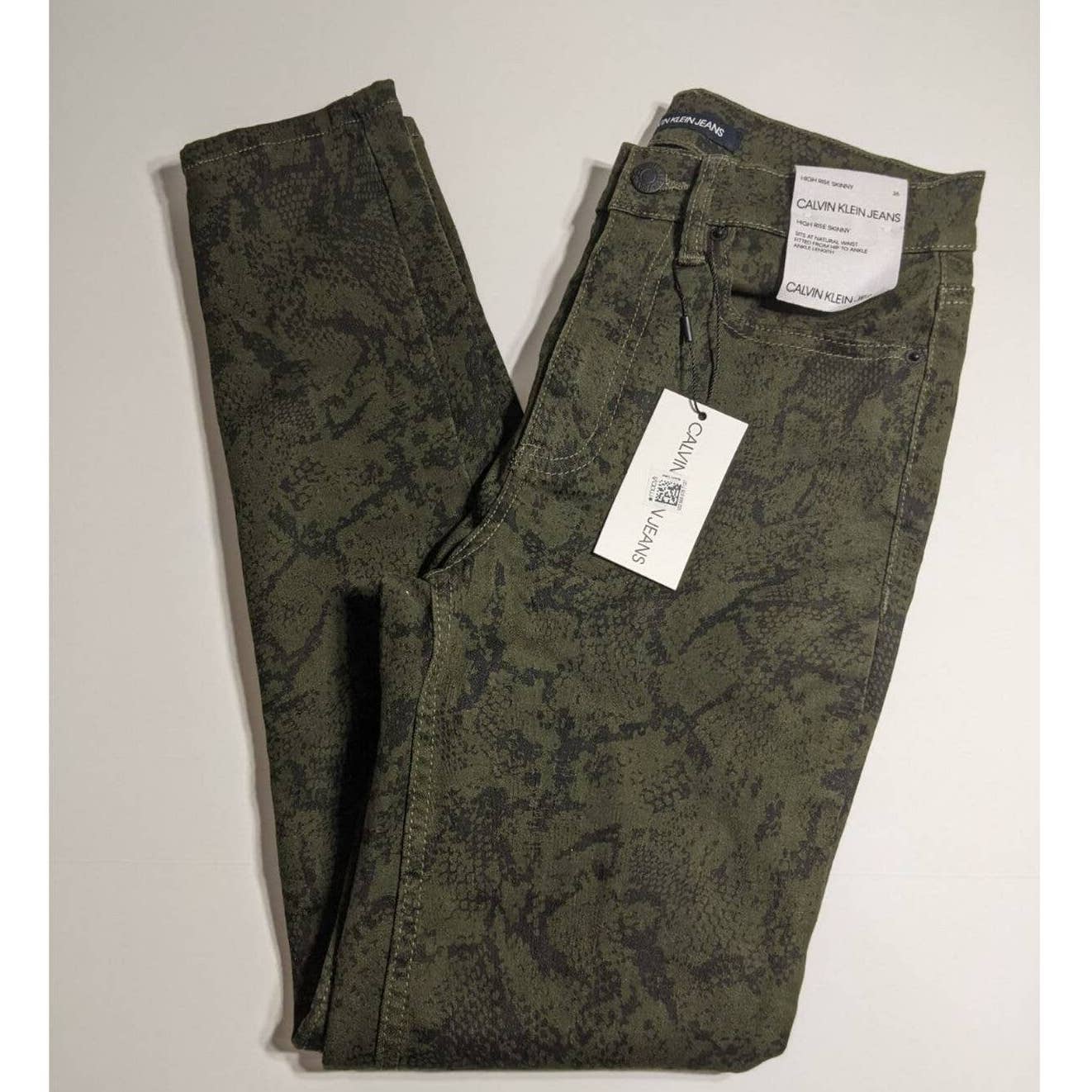 * Brand: Calvin Klein  * Full Condition: NWT * Size: 26 * Color: Green * Material: 68% Cotton, 18% Polyester, 11% Rayon, 3% Spandex * Type: Animal Print Jeans It takes you through the workweek and beyond with stylish flair and comfort in these Skinny pants Office meetings to after-work hangs in effortless comfort and style Designed with Python Print and High rise waistline for a flattering fit These Ankle length pants are crafted from soft fabric to keep you in cool comfort as you move through the day Plus, the side pockets let you store your small on-the-go essentials Zipper with button closure and belt loops for a comfortable fit Keep things on the casual side with a tank or tee, or go with a blouse for a dressier twist Womens High rise, belt loops Snake Animal print Zipper and button closure Machine washable Measurements (approximate dimensions with garment laying flat): * Waist: 13" * Rise: 10" * Inseam: 26" * Length: 36" Check out my other items to bundle 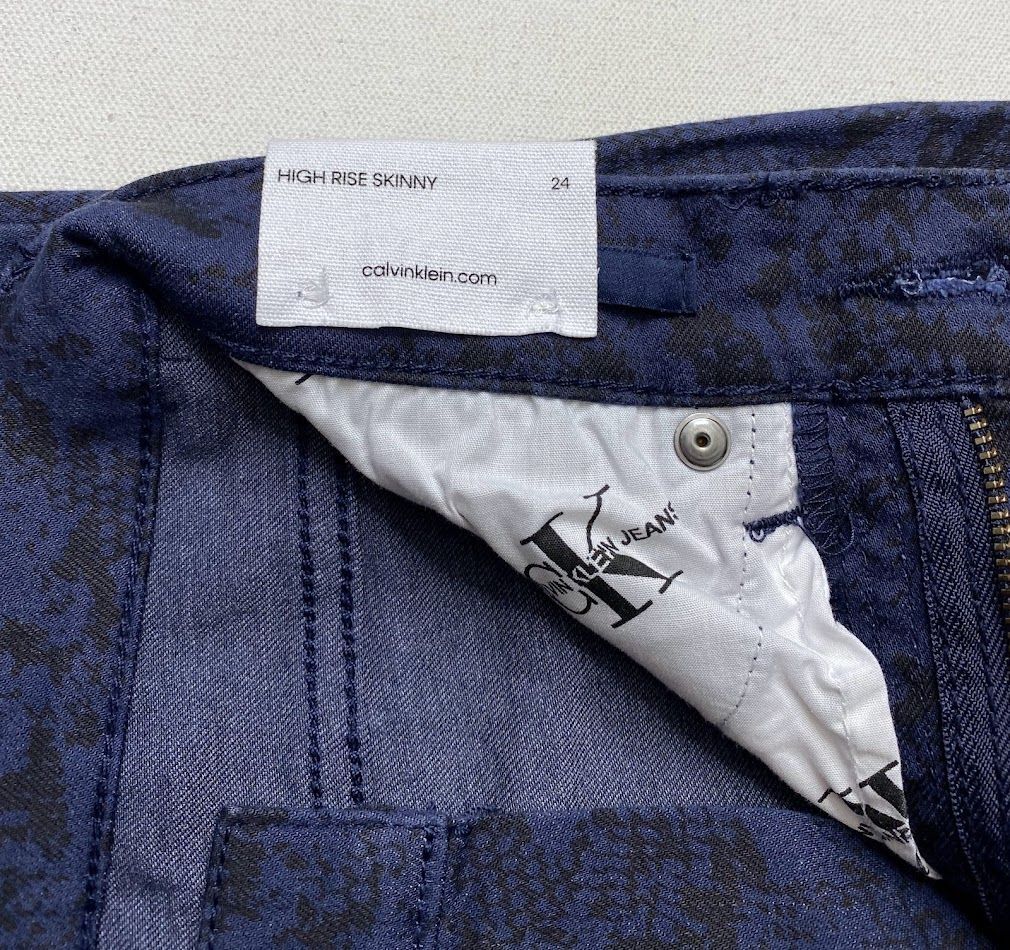 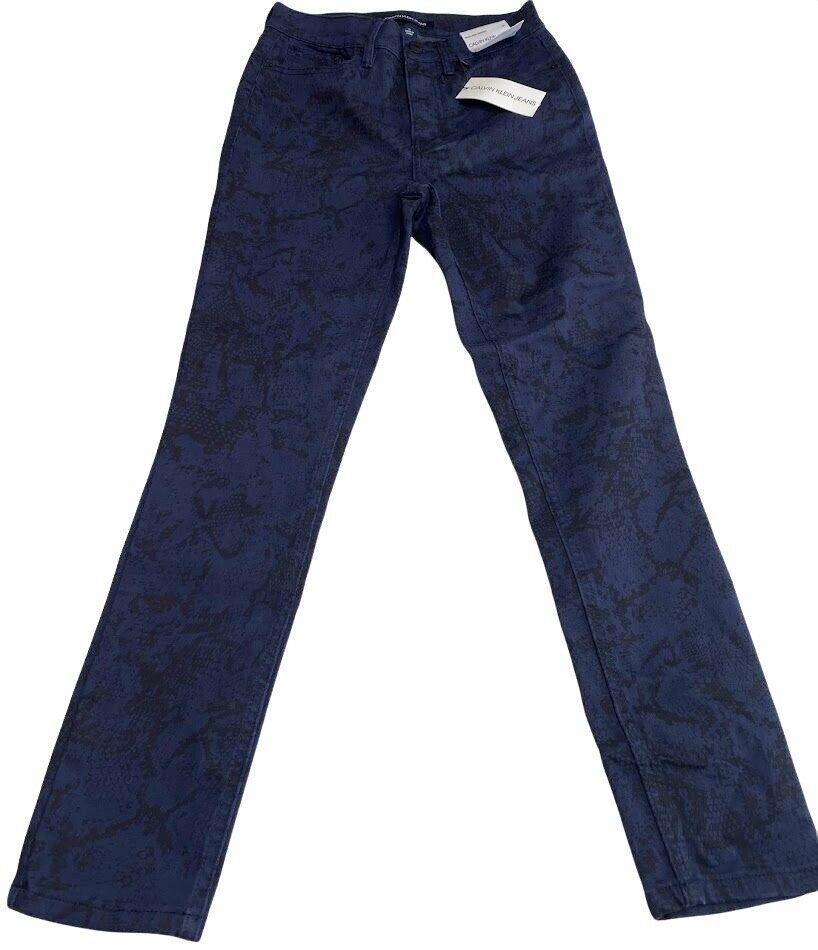 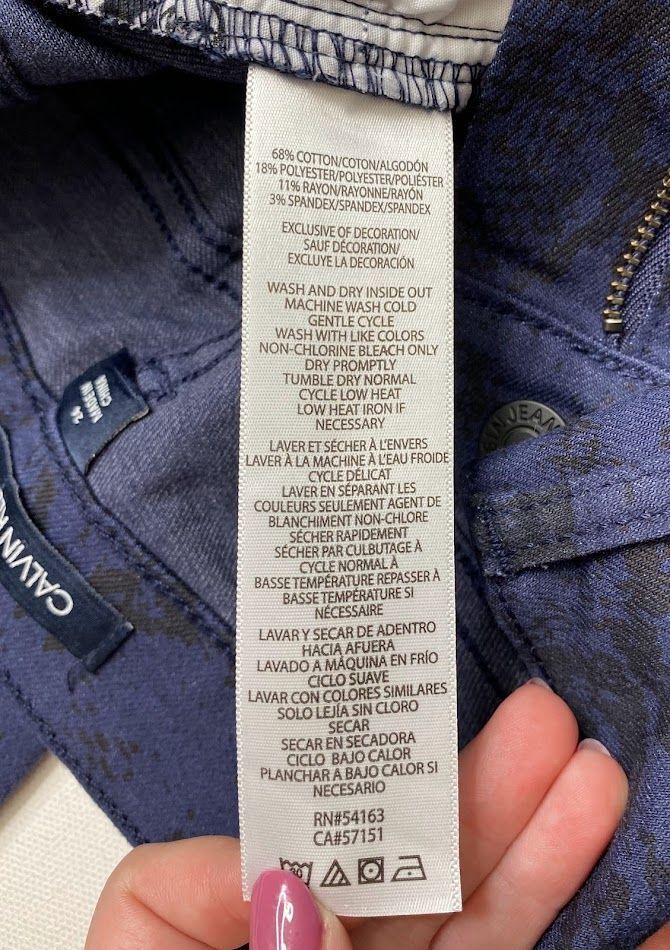 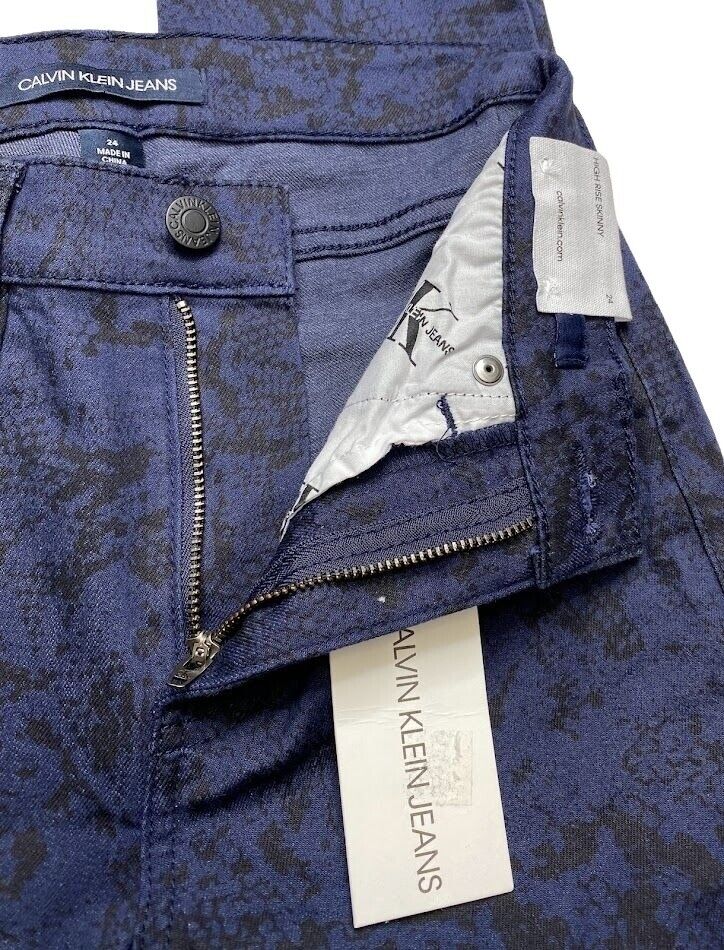